Lessons on the road to Emmaus

Lessons on the road to Emmaus 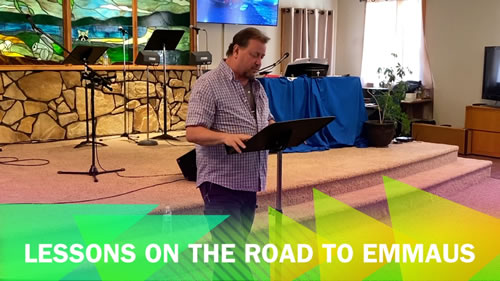 Have you ever thought of how the disciples felt after the resurrection? How defeated they were, and how discouraged? When Jesus met the fellows on the road to Emmaus they didn't even recognize him because they were focused on the problem and not the solution. The resurrection was the solution and how it changed the world!

And they drew nigh unto the village, whither they went: and he made as though he would have gone further. But they constrained him, saying, Abide with us: for it is toward evening, and the day is far spent. And he went in to tarry with them. And it came to pass, as he sat at meat with them, he took bread, and blessed it, and brake, and gave to them. And their eyes were opened, and they knew him; and he vanished out of their sight.